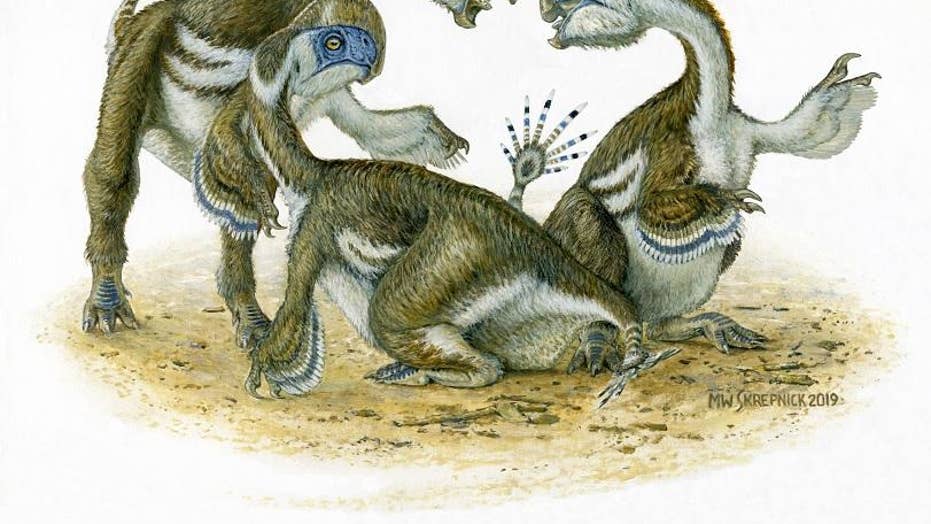 A newly discovered dinosaur fossil reveals the ancient creature may have had more in common with modern-day birds than other members of the species.

The dinosaur, known as Oksoko avarsan, had two digits on each forearm and what appears to be a long, toothless beak, similar to parrots, according to the study published in The Royal Society Open Science journal.

"Oksoko avarsan is interesting because the skeletons are very complete and the way they were preserved resting together shows that juveniles roamed together in groups," the study's lead author, Dr. Gregory Funston, said in a statement.

O. avarsan, which was believed to be featherless and omnivorous, lived approximately 68 million years ago. It grew to roughly 6.5 feet long, or about the length of a giraffe's neck.

However, it's the two fingers on each limb that has surprised the researchers, as it may shed new light on dinosaur evolution.

"But more importantly, its two-fingered hand prompted us to look at the way the hand and forelimb changed throughout the evolution of oviraptors鈥攚hich hadn鈥檛 been studied before," Funston added. "This revealed some unexpected trends that are a key piece in the puzzle of why oviraptors were so diverse before the extinction that killed the dinosaurs."

O. avarsan is not the only ancient birdlike dinosaur to garner attention in recent memory.

Earlier this month, researchers declared that the first-ever dinosaur feather discovered does indeed belong to the archaeopteryx, putting an end to a controversy that has waged within the scientific community for more than 100 years.

In March 2018, researchers suggested that archaeopteryx could probably fly but in a different manner from modern-day birds, in rapid, short bursts over small distances.