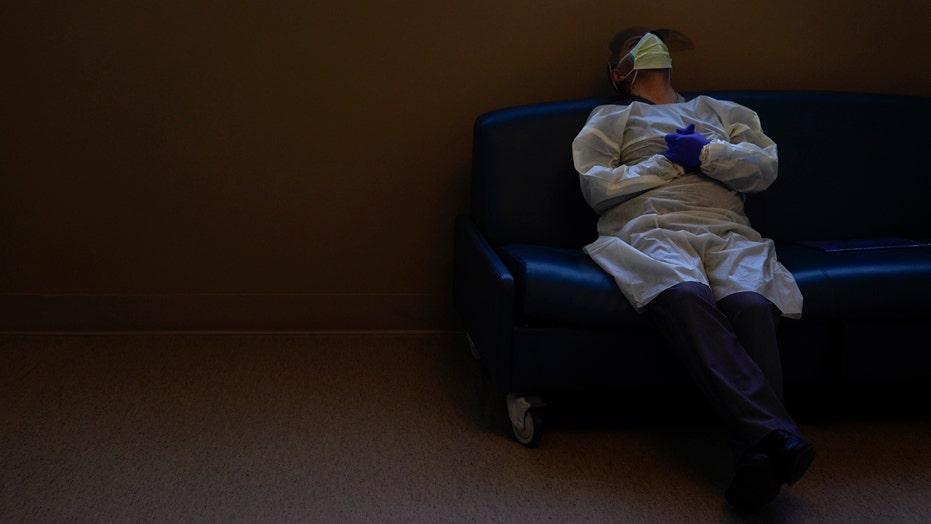 2020 is finally coming to an end after a tumultuous year of shutdowns, protests, and a political street fight like we've never seen before. Fox News anchor Bill Hemmer has all the details on the biggest stories from the past year.

From the deaths of legends like Kobe Bryant and Alex Trebek to the coronavirus pandemic and economic recession to a crucial presidential election, 2020 has been a year unlike any other -- and a record number of voters call the year "bad."  Not only for them personally, but also the country as a whole.

That is according to a Fox News survey released Tuesday.

When asked how they feel about the year that is ending, a record 67 percent say it was an ugly one for their families.  That is up significantly from last year’s low, when only a quarter (26 percent) felt 2019 was subpar (47 percent thought it was good and 27 percent were mixed/unsure).

Voters feel even worse for the country.  A whopping 78 percent say this year was bad for the United States, a 40-point jump from last year when 38 percent said the same.

Just 13 percent thought the country fared well in 2020, down from 37 percent last year and 40 percent in 2018 (the first time the question was asked on a Fox News Poll).

Fox News Poll: For the Country

The shift comes from across the board, no partisan or gender divides here -- everyone’s unhappy with how this year turned out compared to 2019.  Some of the biggest jumps in discontent come from seniors, Republicans, and voters who backed President Donald Trump.

So why are folks feeling so bad?  Well, check this out: at the beginning of the year, a record 20 percent rated the economy in "excellent" condition, but as the coronavirus pandemic took hold, that dropped to 12 percent in late March (after Trump declared a national emergency March 13) and went as low as 6 percent in May.

Since September, those saying the economy is in "excellent" shape has held steady between 10-11 percent.

Less than half of voters expect the economy to get better next year (40 percent) with one-third (35 percent) thinking it will get worse.  Nineteen percent think the economy will stay the same.

"The economy ratings have been bad for a really long time now," says Democratic pollster Chris Anderson who conducts the Fox News survey with Republican Daron Shaw. "And with less than half thinking the economy will improve next year, that’s a troubling economic outlook and could be part of the reason this year was so bad for voters."

Then there is coronavirus.  The United States saw its first case in January, and while down from a high of 94 percent in April, some 85 percent remain worried about the spread -- and half (50 percent) don’t think it’s under control at all.

Unity on the horizon?

Four years ago, 77 percent felt the United States was a "dysfunctional family that was breaking apart," while 18 percent said it was a "tight-knit family that was emerging stronger from challenging times" (December 2016).

Today, voters are a bit more inclined, 24 percent, to call the country a "tight-knit" family.  Seven-in-10 still think the nation is dysfunctional (71 percent).

Furthermore, fewer report having arguments with friends and family about this year’s election compared to four years ago: 39 percent have had disagreements over the 2020 election vs. 51 percent in 2016.