KT McFarland: None of Biden's Cabinet picks will stand up to China

President-elect Joe Biden has selected seasoned professionals for the top jobs on his foreign policy and national security team, with some positions — most notably the defense secretary — yet to be announced. But while the men and women selected so far have admirable government experience and diverse backgrounds, they suffer from a limited range of views on China.

In nominating Antony Blinken as secretary of state, Alejandro Mayorkas as secretary of homeland security, and Avril Haines as director of national intelligence — and in appointing Jake Sullivan as his national security adviser and former Secretary of State John Kerry as special presidential envoy for climate — Biden has drawn on mainstream Democrats who will aim to strengthen U.S. alliances and address transnational challenges like climate change.

Yet, regarding the most serious long-term challenge to U.S. security — the People’s Republic of China — Biden and his national security and foreign policy team seem to have only partly discarded Biden’s earlier stance of seeming nonchalance to the challenge. Even as late as last year, the former vice president notably downplayed the notion that China competes with the United States, though his recent rhetoric regarding Beijing has become firmer.

Biden and his team now acknowledge the threat of growing Chinese military power and Beijing’s increasing bullying of its neighbors. They also stress the importance of countering China’s campaign to control major international institutions like the United Nations. And they emphasize the need to strengthen U.S. competitiveness to counterbalance China’s efforts to achieve global economic primacy.

But Biden and his team continue to neglect other dimensions of the Chinese challenge, such as the imperative to better protect U.S. supply chain security from Chinese predations.

For example, Blinken told the U.S. Chamber of Commerce in September: “Trying to fully decouple, as some have suggested, from China .... is unrealistic and ultimately counter-productive.”

Blinken is striking out at a straw man. Nobody envisions the complete decoupling of U.S.-China trade, but selective shielding of critical areas of the U.S. economy from China’s full-court press for global economic supremacy is essential. 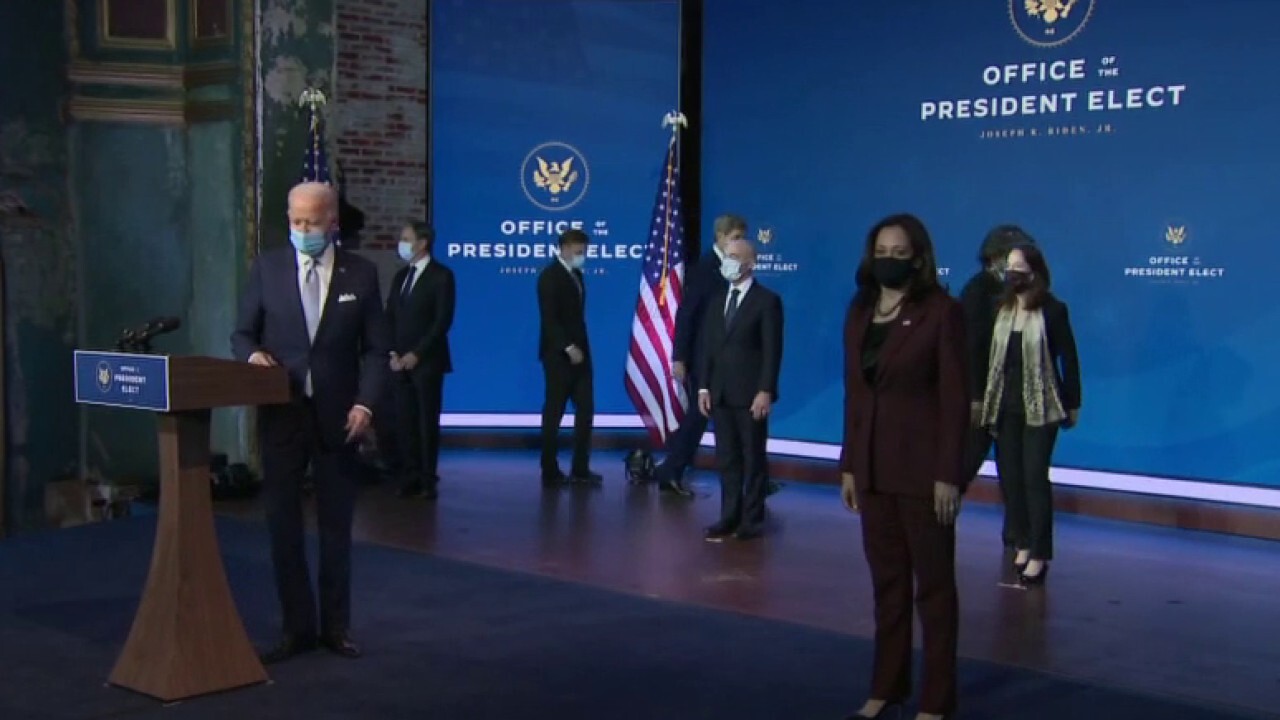 Under President Xi Jinping, China has set the goal of becoming the world’s leading military power by mid-century. To this end, Xi’s regime has pursued a Military-Civil Fusion Strategy that obliges Chinese companies and nationals to steal foreign trade secrets for the People’s Liberation Army. The aim is “to make any technology accessible to anyone” under China’s jurisdiction “available to support the regime’s ambitions,” Secretary of State Michael R. Pompeo said in October.

The United States has been a prime target of this espionage campaign. Since 2015, the U.S. Justice Department has indicted hundreds of Chinese and U.S. citizens for violating U.S. export controls, sanctions and other laws prohibiting the transfer of sensitive security technologies to China.

Despite years of promises, including those made personally by Chinese President Xi to U.S. Presidents Barack Obama and Trump, Chinese theft of U.S. and other foreign intellectual property continues to run rampant.

U.S. companies investing in China still experience insider theft of their secrets through comprehensive human and cyber penetration. Chinese firms, think tanks, universities and other entities are constructing connections with U.S. partners to recruit their employees and misappropriate their knowledge for Chinese ends.

FBI Director Christopher Wray has warned that the American people “are the victims of what amounts to Chinese theft on a scale so massive that it represents one of the largest transfers of wealth in human history.”

The FBI has identified and thwarted a sustained campaign by Chinese operatives to infiltrate critical sectors of the American economy and use whatever they can to benefit Chinese companies.

In support of these efforts, Congress has enacted bans on transferring sensitive defense technologies that could aid China’s military buildup and repeatedly supported new security measures to protect against Chinese predations.

What more can be done?

An important step would be for the U.S. government to mandate that its private-sector contractors, such as SpaceX, take comprehensive security precautions to foreclose further diversions of critical defense-related technologies to China’s burgeoning missile program.
The U.S. government has also become more aware of how American investment dollars are flowing to Chinese firms that support the People’s Liberation Army and how some U.S. companies are also subsidizing Chinese businesses and have ties to the Chinese defense sector.

The recent Executive Order on Addressing the Threat from Securities Investments that Finance Communist Chinese Military Companies issued by President Trump is a good first step in countering this menace but needs follow-through.

Furthermore, Congress and the executive branch have made substantial progress in strengthening reviews of Chinese investment in critical U.S. national security industries. To further fortify international supply chains, the State Department under Blinken should expand efforts to induce other countries to pursue a similarly wary approach to Chinese funding, loans and investment in their critical infrastructure.

The new Biden foreign policy and national security team should build on this foundation as it strives to protect America and defend us against the not-to-be underestimated China challenge.

Richard Weitz is senior fellow and director of the Center for Political-Military Analysis at the Hudson Institute.

Get the recap of top opinion commentary and original content throughout the week.